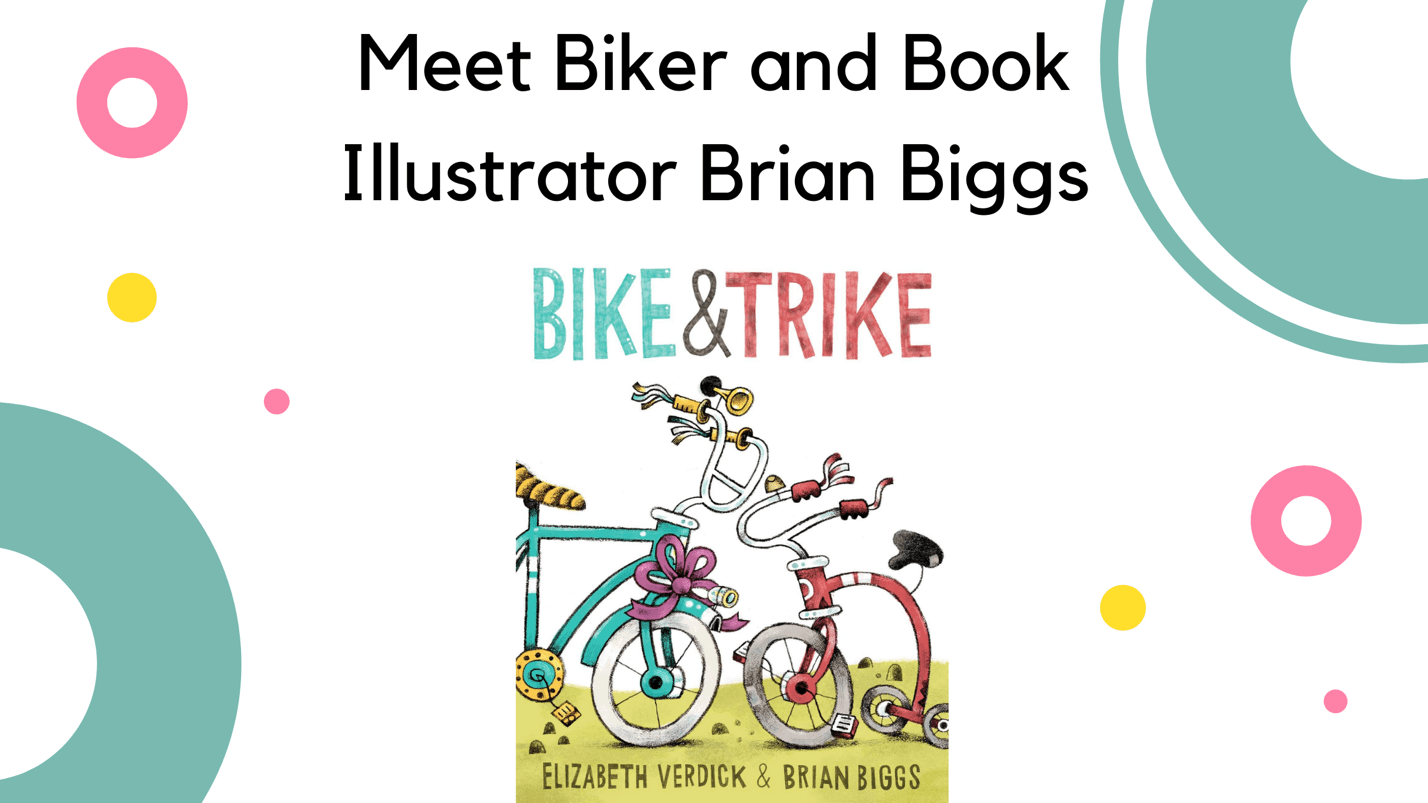 Here’s the scoop on Brian Biggs, an artist, a children’s book illustrator, and an avid biker. He illustrated my picture book Bike & Trike. He’s a colorful character, like the ones he draws. I loved interviewing him and learning more about his rides and creative side.

How many miles did you bike last year?

What was your favorite bike when you were a kid? And now? 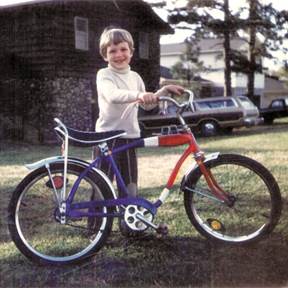 My favorite bike as a kid was my first bike. My dad put it together and painted it red, white, and blue. It was the bicycle I learned to ride on. Our house was on a hill, and my dad would push us (my brother and sister learned to ride this way too) down the grassy slope and we’d “ride” into the backyard until we’d either fall down or crash into the swing set.

I currently have seven bikes, all of them assembled by me in my basement. I’m very picky about the parts—like handlebars, pedals, and tires—I choose for my bicycles, and because of the kind of riding I do, I like to make sure that everything works exactly the way I want it to. I even build my own wheels! My very favorite bike I own right now is a blue bicycle that was designed and welded by my friend Mark Weaver. It was a 50th birthday present to myself, and he and I planned every detail of it, specifically for what I wanted.

What can you share about the process of drawing my book Bike & Trike?

Bike & Trike was not an easy book to illustrate. As soon as I read your script, I knew it would be hard to give personality and emotion to these two inanimate objects. I didn’t want to go the route of a lot of cartoons and movies and give Bike and Trike eyes and mouths, especially because we had the human characters of Lulu and Tru riding them, which I felt would seem strange. So I had to figure out how to make subtle things like the angle of the frame, or the tassels on the handlebars, express surprise or anxiety. This is where the fact that I really like and know a lot about bikes helped. I could bend and turn and exaggerate certain things about Bike and about Trike, and still have the anatomy of the bike work. But it wasn’t easy.

How did you decide what Bike would look like?

Since Bike is a present for Lulu, I wanted him to be special. Fenders and lights and tassels and a horn. A classic bike, a little like we had growing up in the ’70s, but not an antique. I didn’t see Lulu in a bike outfit racing a road bike, or getting all rad on a mountain bike, so I stuck with the timeless look.

What inspired how you drew Trike?

Trike might be well-used and a bit worn in places, but it wasn’t long ago that he too was the shiny new thing. He has a bell, a little rusty but it still ring-a-lings loud and clear, and he has tassels too, though one or two might be missing. I actually ordered a small red toy tricycle to use for reference for Trike, and that drove a lot of the choices I made in drawing him.

How would you describe your artistic style?

Ha, ha—a lot of people describe it for me with terms like “fun” and “cartoony.” I usually like big, bold lines and bright colors and a lot of visual humor. I really like just drawing, so even though a lot of my books are made with a computer, including Bike & Trike, I spend a lot of time drawing them with pencil and pen and ink, first. That’s my favorite part.

It’s an old garage here in Philadelphia, a short distance from my house. My studio is a place where I like to go and play, but it’s set up so that work gets done. I spend a lot of time alone there, making things, being creative, but mostly really working. When I was a kid, I dreamed about having a space full of art supplies and books, and room to make stuff. Now I have that, and I can play music as loud as I want while I’m drawing, and I can take a break to read a favorite picture book. It gets too cold in the wintertime, but otherwise it’s perfect. 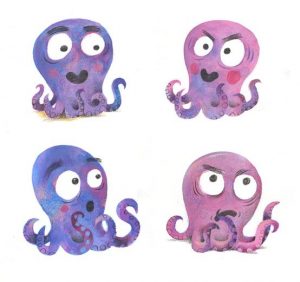 It’s different depending on what I’m working on and how close the deadline is. Right now, I’m thick in the middle of a book I’ve been working on for a long time, and it’s at an exciting but difficult place for me. So I leave the house after spending the morning answering emails and walking the dog, head to the studio, and figure out what problem I need to solve. Currently, that problem is how to draw a purple octopus (yes, for real) for a book I’m writing and illustrating called My Hero (Dial, 2022) so I turn on some “purple octopus” music, or a podcast, and start drawing. If I’m writing a book or thinking about a new story, I might not go to the studio at all. You might actually see me out riding my bike in the middle of nowhere, but I promise you that I’m carrying a small sketchbook and a pencil, and I’m thinking about ideas. I’m working.

How many miles do you think you’ve biked in your lifetime?

Hmmm, that’s a good question. I rode bikes like typical people most of my life. Meaning, I didn’t ride bikes much at all. I had bikes as a kid, and I rode all over my neighborhood. I had a bicycle my first year of college (1986-87) at North Texas State University, where I rode around the nearby farmland. (I later got my degree from Parsons School of Design in NYC.) I had a bike for a few years when I lived in San Francisco in the 1990s, and I would ride it to the ocean, or around town a little (but the hills!). And then I rode mountain bikes on the weekends when I moved to Philadelphia, where I now live. It wasn’t until 2013 that I really got into bikes and started riding the amount of time and miles that I do now. I’ve ridden 17,500 miles (!!) since 2014, and my guess is that I rode less than 3,000 miles all the years combined up to then (1968-2013). So, let’s say 20,000 total.

Well, I think I’m like both at different times. When my kids were young, I was more like Trike: “Be careful!” “Slow down!” “Watch where you’re going.” But now that they’ve grown and are out on their own, I’m probably a little more like Bike: “Hey, look at me jump over this giant rock!” I mean, no one was really surprised when I broke my ankle in 2020, while riding my bike. My doctor just rolled her eyes.

Check out the “Downloadables” section of my website for Bike & Trike activities!