A tiny snowplow determined to prove his worth battles a blizzard in this charming story in the tradition of Mike Mulligan and His Steam Shovel and The Little Engine that Could.

Small Walt and his driver, Gus, take on a blizzard! All the bigger snowplows doubt that Walt has what it takes to plow the roads in the storm, but Walt is determined to prove them wrong.

My name is Walt,
I plow and I salt.
They say I’m small,
but I’ll show them all.

Make Your Own Small Walt 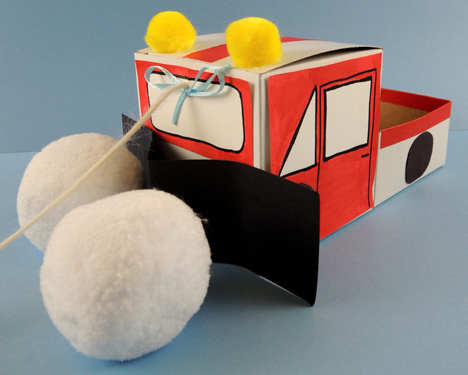 This adorable snowplow is easily assembled from readily available materials. What a great accompaniment to a library story time or classroom activity! Kudos to the folks at the Cotsen Public Library for this idea. The directions for making your own Small Walt can be found in this blog post. 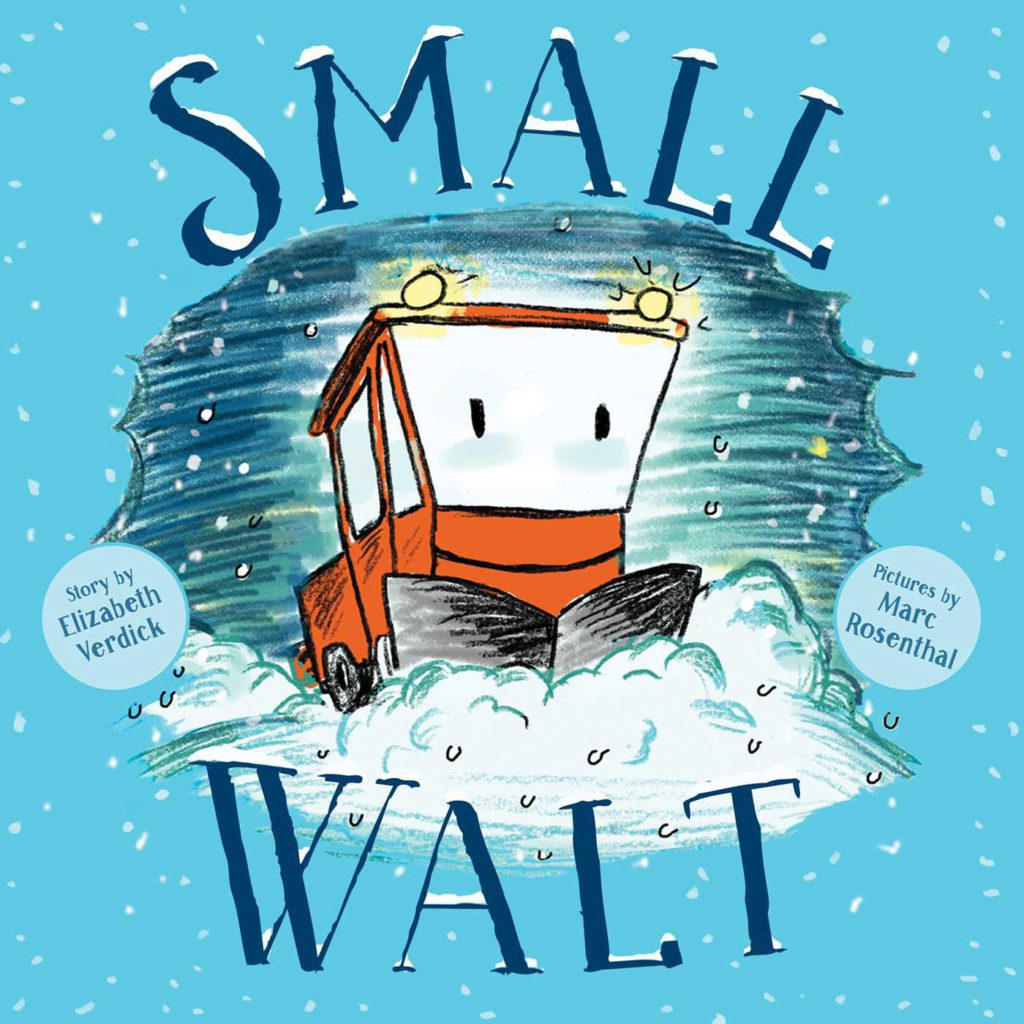 Walt may be small, but he’ll show them all he can do a good job. His determination—and driver Gus—will see him through the toughest winter storms. In this reproducible activity set, Small Walt fans can find their way through a maze, color Small Walt (and give him something to say), and design their own snowplow. Have a little wintery fun! 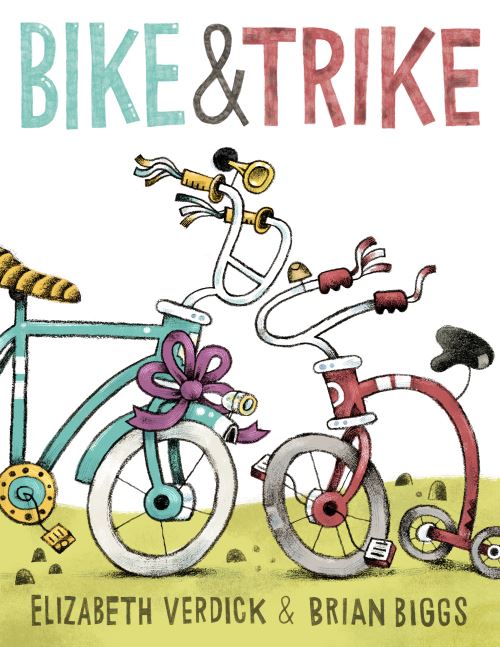 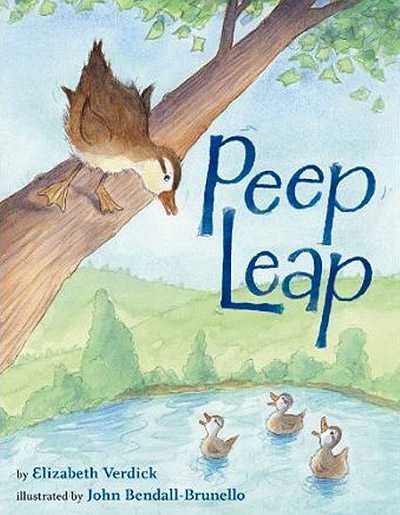 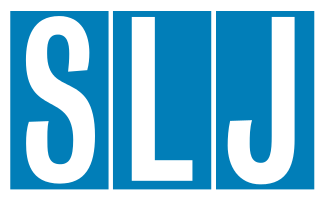 The grit of the Little Engine that Could, the nostalgic illustrations of Katy and the Big Snow, and a touch of modernity from an accomplished author and illustrator, combine to become Small Walt. Walt is the smallest city plow on the lot. In the middle of a snowstorm, workers gear up to clear the streets, but none are willing to choose Walt to get the job done. That is, until Gus comes along. After checking Walt’s components, he determines that they are ready, and off they go. Walt’s route is treacherous, but he and Gus handle it with finesse. They never give up, even when faced with daunting tasks. The timeless messages that little people can do big things, one should never give up, and teamwork works best are pervasive throughout. Walt encourages himself with positive rhyming phrases such as “My name is Walt./I plow and I salt./I clear the snow/so the cars can go.” Young listeners will eagerly chime in to recite parts of this repetitive phrase, making this perfect as a read-aloud. The digitally colored artwork is delightfully old-fashioned. The snow is bright against the illustrations created mostly in shades of red, yellow, blue, and green, and outlined black. The accessible text and cozy pictures mesh seamlessly to become a new version of a familiar tale. VERDICT: A warm and fuzzy dose of positive thinking perfect for seasonal storytimes and snow days.
– Amy Shepherd, St. Anne’s Episcopal School, Middleton, DE 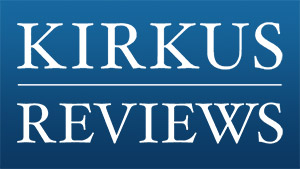 The smallest in a fleet of snowplows always gets picked last in a snowstorm, but he and his driver, Gus, show that teamwork and perseverance pay off.

Artwork reminiscent of Virginia Burton’s classics begins with a double-page spread of eight snowplows—eyes and eyebrows on their windshields—facing out in front of a tall fence. Lights gleam from town buildings with snowclad roofs, and large flakes of snow fill a darkening sky. The sixth plow from the left is the only one that is tiny and red, but the text simply mentions that the city plows are “ready to fight the snow.” At the turn of the page, readers learn what they have probably suspected: all the big, yellow plows are always picked first. At last, Walt is cheerfully chosen by Gus—light-skinned, like the other men. There follows a sweet sequence that shows Gus carefully checking the little plow’s readiness, and then off they go. The text is full of onomatopoeia, alliteration, and sudden rhymes as the pair salts roads and pushes through snow. “My name is Walt. / I plow and I salt” is a droll, easily remembered couplet that assumes additions and variations throughout. At the climax, the intrepid team ascends a steep hill—defying the intimidating plow Big Buck—and the expected end is magnified with a special treat from Gus to Walt. 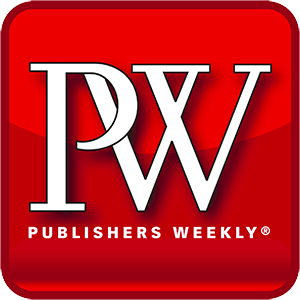 After a blizzard hits, it looks as though Walt, “the smallest snowplow in the fleet,” will be left behind in the parking lot, unable to keep up with bigger plows. Then along comes Gus, a worker who knows that Walt is up for the job. Verdick (Peep Leap) assumes a chummy tone in her concise narration and keeps the storytelling taut. There’s just enough vehicular geekiness for aficionados: Gus goes through a four-point checklist to make sure that Walt is in good working order, and there are sound effects throughout. But what gives the story its verve is Rosenthal’s digitally colored pencil artwork, which has a matter-of-fact open-heartedness and a compelling sense of place that recalls the stories of Virginia Lee Burton. Yes, Walt wins the respect of the big machines, but what feels more important is the relationship between snowplow and driver. When the story concludes with Gus tying his blue scarf around Walt’s rearview mirror, declaring “A blue ribbon for my buddy,” readers will know their bond is the real thing.
– Publishers Weekly
Disclosure of Material Connection: Some of the links in the page above are "affiliate links." This means if you click on the link and purchase the item, I will receive an affiliate commission. I am disclosing this in accordance with the Federal Trade Commission's 16 CFR, Part 255: "Guides Concerning the Use of Endorsements and Testimonials in Advertising."